For Day 6 we have Five Little Foxes and the Snow.  While The Mitten was about a boy who wanted his grandmother to knit him snow-white mittens, this little book is about a bunch of little foxes whose grandmother won’t let them play in the snow because their paws will get cold. 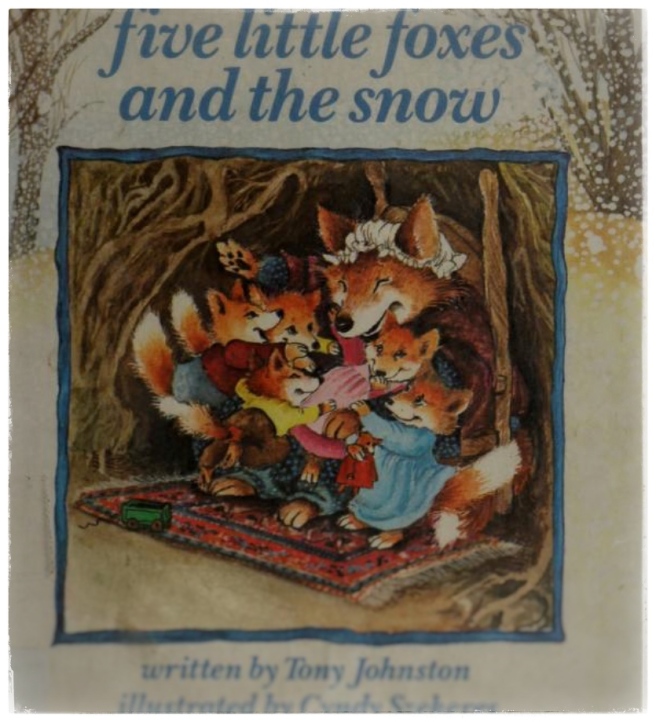 For five days the snow continues to fall, and to grow deeper and deeper around little foxes’ burrow.  Each day one of the foxes asks their patient grandmother if they can play in the snow.  Each day she puts them off by saying their paws will be cold, and suggesting another activity.  Meanwhile she spends her time knitting by the fire.

Of course, when Christmas Day arrives they receive their gifts — five pairs of colourful mittens, so they can finally play in the snow! 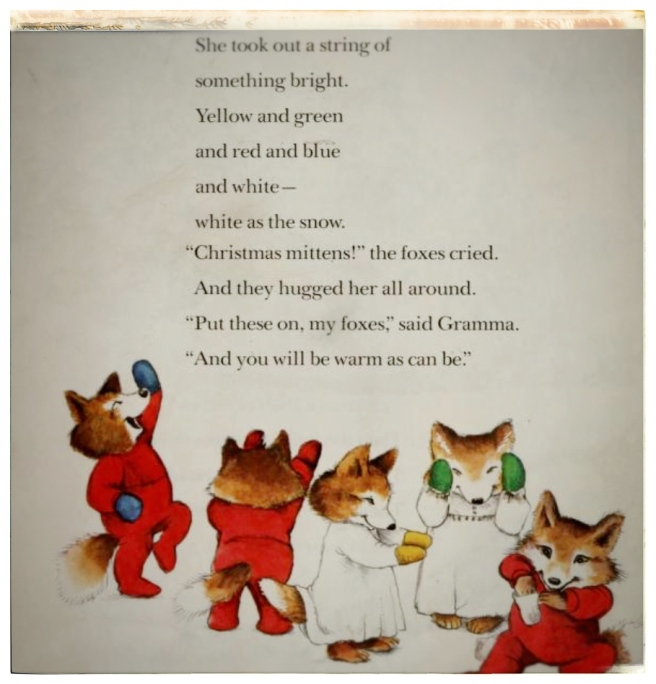 This is a very cute and cozy little book.  The main appeal comes from the illustrations, which have a very warm 70’s quality to them.  The depictions of what the little foxes got up to are very detailed and amusing, and will be familiar to anyone who has ever been snowed in as a child — or snowed in with children!

The five little foxes had gingerbread men and warm cider on their snow days, but you can enjoy them whether you have snow or not.  Just be sure to keep warm!